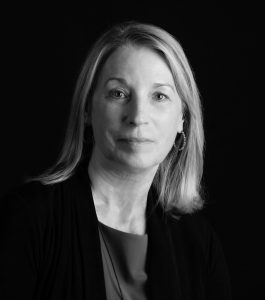 Marsha Ternus is a native of Iowa, growing up on a farm in northern Benton County. She received her bachelor’s degree with honors and high distinction, Phi Beta Kappa, from the University of Iowa in 1972. She earned her law degree with honors, Order of the Coif, from Drake University Law School in 1977, and was admitted to practice law in the State of Iowa that same year. While at Drake, Ms. Ternus served as editor-in-chief of the Drake Law Review. She has received honorary degrees from Iowa Wesleyan College (2005), Simpson College (2010), Coe College (2011) and Drake University (2015). Ms. Ternus was inducted into the Iowa Women’s Hall of Fame in 2015.

After law school, Ms. Ternus worked for sixteen years in the private practice of law in Des Moines, with a primary emphasis on civil litigation and insurance law. While in private practice, she served as president of the Polk County Bar Association, on the Board of Governors of the Iowa State Bar Association, on the Iowa Jury Instructions Committee, and on the Board of Directors of the Polk County Legal Aid Society. Ms. Ternus also served as president of the Board of Counselors of Drake University Law School and on the Drake Law School Endowment Board of Directors. She was a member of the Board of Directors of the Central Iowa Chapter of the American Red Cross for several years and was a participant in the 1983–1984 Greater Des Moines Leadership Institute.

Ms. Ternus was appointed to the Iowa Supreme Court in 1993 by Governor Terry Branstad. The members of the court selected her as chief justice in 2006. She was the first woman to serve as chief justice of Iowa’s highest court. Her term on the court expired on December 31, 2010, after she and two of her colleagues on the court were not retained in the 2010 retention election. 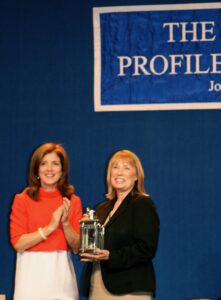 In May of 2012, Ms. Ternus and her two colleagues received the 2012 John F. Kennedy Profile in Courage Award. In announcing the award, the Kennedy Presidential Library stated the three justices “were chosen in recognition of the political courage and judicial independence each demonstrated in setting aside popular opinion to uphold the basic freedoms and security guaranteed to all citizens under the Iowa constitution.” In 2011, she and her two colleagues also received the Louise Noun Civil Liberties Award from the Iowa ACLU.

During her seventeen years on the court, Justice Ternus worked on a number of court initiatives and other efforts to improve the administration of justice in addition to her adjudicative responsibilities. She served as the judicial branch representative on the IOWAccess Advisory Council, which was instrumental in encouraging and guiding e–government projects. She also led efforts to implement an electronic document management system in the courts that has resulted in a paperless court system. Justice Ternus served on the judicial team that oversaw the design, development and construction of the Judicial Branch Building. She was also a member of the steering committee of the Iowa Supreme Court Commission on Planning for the 21st Century and served as co-chair of the commission’s administration team.

During her time as chief justice, Chief Justice Ternus encouraged court efforts to improve access to justice. In collaboration with Iowa Legal Aid, the court took steps to persuade Iowa lawyers to provide more pro bono services to persons who could not afford an attorney. The court also adopted rules to facilitate lawyers in providing unbundled legal services and organized a task force to study civil justice reform.

As chief justice, Chief Justice Ternus made the improvement of court oversight of child welfare cases a priority for the Iowa Judicial Branch. To this end, she led an effort to form and then chaired the State Children’s Justice Council, which consists of representatives of the judicial branch, state agencies and private entities involved in the child welfare system. The council works collaboratively to institute reforms and improvements in the Iowa courts’ processing of child welfare cases to minimize the time children spend in the foster care system. Chief Justice Ternus also served on the planning committee that organized a national summit on the protection of children in 2009. In 2011, she was recognized for her work on behalf of children with the first annual award for outstanding contributions to the welfare of children given by the Iowa Children’s Justice Initiative and with the 2011 Outstanding Contribution to the Well-Being of Children & Youth Award from Youth & Shelter Services, Inc. 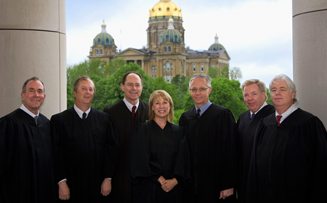 Chief Justice Ternus served on the Board of Directors of the Conference of Chief Justices and was a member of the Conference’s Courts, Children and Families Committee. In addition, she chaired the Conference’s Court Management Committee and its Resolutions Committee. In 2009, United States Supreme Court Chief Justice John Roberts appointed Chief Justice Ternus to the Judicial Conference Committee on Federal-State Jurisdiction, where she was one of only four state supreme court justices serving on the committee. During her time on the court, she also served on the Multi-State Performance Test Policy Committee of the National Conference of Bar Examiners and chaired the Law School Task Force of the Drake University National Commission II. In 1996, she received the Drake University Law School Outstanding Alumnus Award.

Ms. Ternus currently practices law in Des Moines, serving as an arbitrator and special master and providing appellate and trial case consulting.  She is a commercial and consumer arbitrator on the American Arbitration Association’s National Roster of Arbitrators and has particular expertise in breach of commercial and insurance contract claims and business relationship termination disputes. In addition, Ms. Ternus has served as an expert on various matters, including issues of Iowa law, legal ethics, legal malpractice, and insurance coverage and bad faith.  She lectures frequently on issues related to arbitration and participates in the C. Edwin Moore Inn of the American Inns of Court

From August 2013 through June 2016, Ms. Ternus served as the part-time Director of The Harkin Institute for Public Policy and Citizen Engagement at Drake University, and now chairs the Institute’s National Advisory Council. She also served on the board of directors of Iowa Public Radio from 2015 to 2022.  Ms. Ternus is a past member of the selection committee for the Grinnell College Young Innovator for Social Justice Prize (2012-2013) and of the Drake University Board of Trustees (2010-2013). In 2019, she received Drake University’s Distinguished Alumni Award. From 2010-2012, Ms. Ternus served on the Bar Admissions Committee of the ABA Section of Legal Education and Admissions to the Bar.  She was also a member of the 2013 Merit Selection Panel for Appointment of the U.S. Magistrate for the Southern District of Iowa. 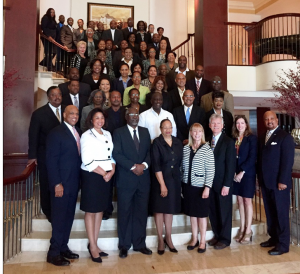 Ms. Ternus has been a frequent lecturer on various subjects in addition to arbitration, including judicial independence, the politicization of the judiciary, and reform of the criminal justice system. Her article, Do Americans Still Value an Independent Judiciary?, appeared in the 2011 edition of The Book of the States, a publication of The Council of State Governments. Her opinion piece, Politics on the Bench–A Judge’s View of Partisanship at Play, was published in the National Law Journal on January 20, 2014.

Between 2015 and 2017, Ms. Ternus taught several workshops on judicial writing and decision-making to Caribbean trial and appellate judges as part of a four-judge team sponsored by the National Center for State Courts. She has also served as an instructor on judicial independence for the National Judicial College, and she taught a short course on restorative justice at Grinnell College in the spring of 2013.